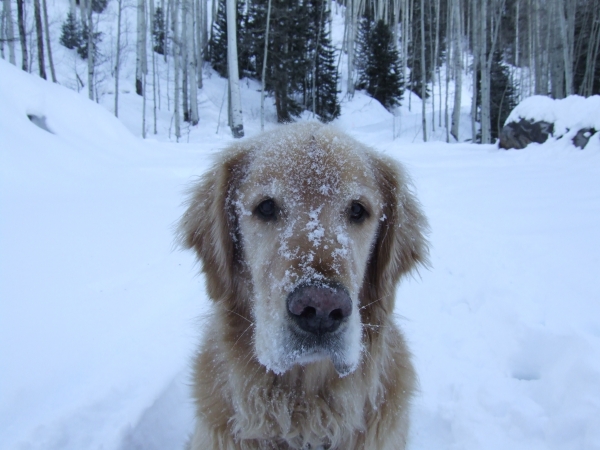 KC was around 10 when he started limping and "rolling" on one of his back paws, he was hardly walking on it so we went to the vet and she said that it was more than likely arthritis in his hock. I mentioned to her that I saw on one of the news channels a special about this new procedure with stem cells, and how it was working with arthritis in dogs. Dr. Rizzo examined him and thought that he would be a great candidate for this procedure. We had the procedure done and ended up with around 7 injections so Dr. Rizzo thought because of his size and breed (golden retriever) that he would benefit from having an injection in both hips and in the hock that was causing him the issues. So that's what we did (we banked the remaining injections for a later use if needed). Well, it took less than 2 weeks and he was back to his own self swimming, running, chasing balls etc.....we were amazed at the progress and extremely happy that we had our big guy back. We did end up using another 2 injections when he was around 13 in his hips again just because he was having a little arthritis from old age. I'm happy to say KC lived to be a grand old age of 15.