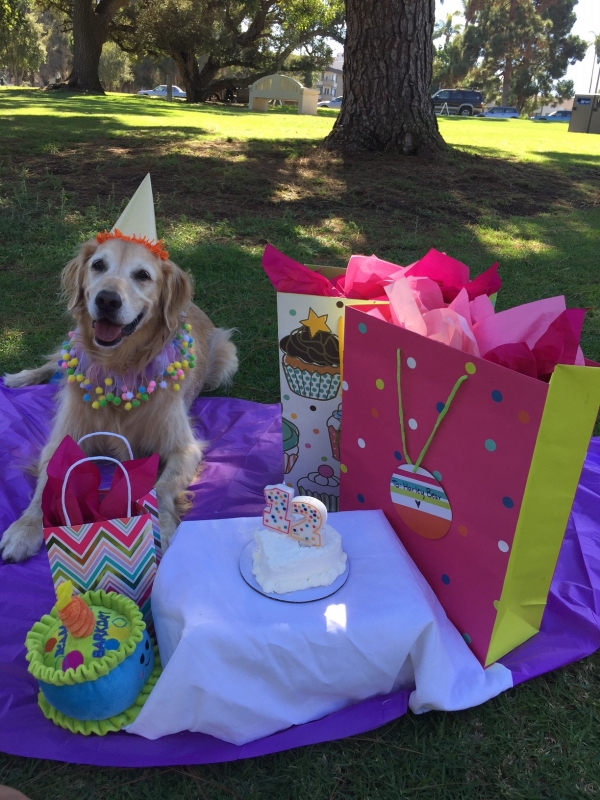 In 2009 at the age of five years old, Harley was diagnosed with osteoarthritis in both carpi. Her pain was managed with medications every 8 hours, in conjunction with restricted exercise and playtime. In 2012 she suffered from mild cruciate tears to both stifles, resulting in severe thickening and arthritis in both stifle joints. Harley struggled with standing up and lying down, and would lick her carpi in pain at the end of each day. On days when she would go for short walks or to the park, she would be stiff and sore for several days following. When we would take her to swim at the beach, she couldn't stand up without assistance for the rest of the day. Harley was barely able to put herself into a "sit" position prior to her stem cell therapy, because her knees were so painful. Her arthritis had taken away so much of what made her happy, it was hard for me to watch. After her stem cell therapy, Harley's quality of life was fully restored. Her need for pain medications decreased significantly - she went from needing three medications every 8 hours, to only needing one medication once daily. After a few weeks she was more mobile, and started following us around the house again throughout the day. Harley is now able to rise easily from a laying position, and walks without limping. She will only lick her carpi after busy days. After about 2 months, we allowed Harley to play fetch (her favorite game) for the first time in over a year - not only could she chase the ball for almost 30 minutes, but she wasn't even sore after we got home. We are now able to swim at the beach multiple times per week, and aside from mild stiffness/soreness the next day, she bounces back quickly and is able to keep up with her younger doggie-brothers. Harley's arthritis was not "cured," but she is exponentially more comfortable, and SO much happier. She is able to p articipate in all family outings, and we no longer have to leave her at home alone when we take our other dogs to play. Thank you, VetStem, for giving my dog her life back!