Walker - severe dysplasia in both elbows 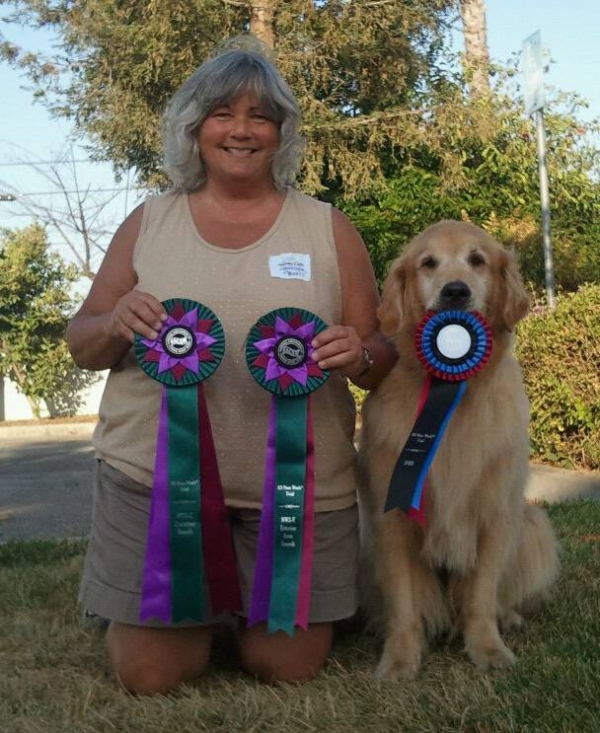 "I'd like to share a story about my amazing dog, Walker. He was my dream dog, my future Champion, my obedience prodigy. He was bred to be these things and it was what I thought his future held for us. But, when he was around 8 months old, we noticed that he was not moving like he should. His gait was kind of stiff and he was very short-strided. Sometimes he would be a little lame."

"My obedience trainer suggested we video his movement and send it to Walker's breeder. After seeing the video, she was very concerned and advised me to take him to see an orthopedic veterinarian. I took him to Dr. McCarthy at Cascade Veterinary Referral Center, and after an exam and x-rays I was given the worst possible news. Walker had severe elbow dysplasia in both elbows, which was causing him a great deal of pain. I was completely devastated and cried the whole way home. It looked like my beautiful dog would never get to do the things I had dreamt for him."

"After discussing Walker's condition with Dr McCarthy, we decided to go forward with the surgery on his elbows. I also opted for stem cells to be injected into his elbows. Stem cell therapy was pretty new at that time, but I wanted to do all I could to help Walker."

"This all took place over 6 years ago and Walker has been completely sound since. He did go on to be my obedience prodigy earning many awards, including his AKC Utility and Versatility titles. We started field training and he earned his Junior Hunter, SHR and his WCX titles. Walker loves to hunt and he loves to use his nose, so we have been having fun with canine nose work for the last two years. He has earned the NW3 level title twice and we have been invited to compete at the 2014 NACSW Invitational in Santa Rosa, Ca."

"I give Vet-Stem and Dr. McCarthy total credit, thank you!” - Marsha

The following testimonials have been submitted by owners on behalf of their pets. Vet-Stem wants you to remember that similar to other treatment options, not all pets respond to Vet-Stem cell therapy.