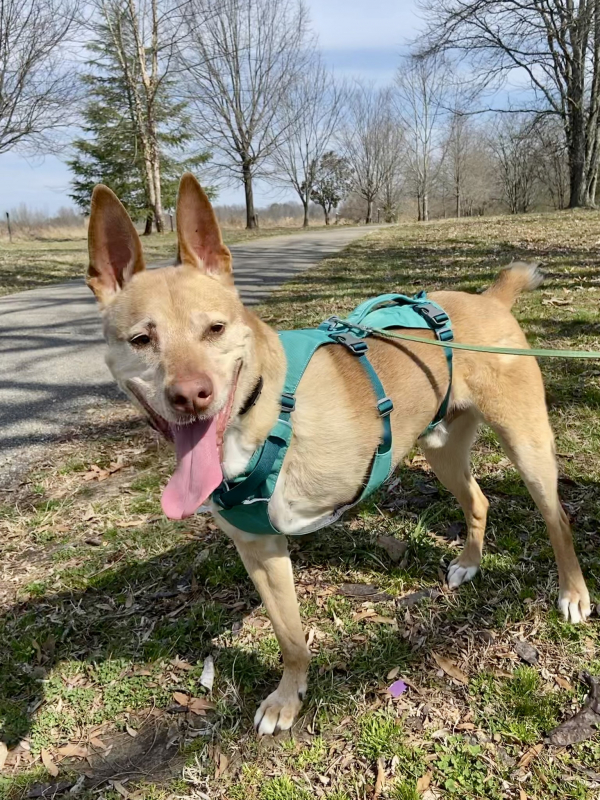 Description: Reggie developed arthritis in his hips and his quality of life quickly began to deteriorate. He went from being a playing dog that would gladly keep up with us on 20+ mile hikes in beautiful Colorado mountains, to 5 miles on flat terrain with crippling hip pain for the following week. He loved to play fetch for hours in the back yard and no longer could without his legs slipping out from under him and being in intense pain after. We had to retire the ball for him. In late 2020 he was diagnosed with a cancerous tumor in his front left leg and, because of his hips and his age (he was 11 at the time), we opted to have the tumor removed vs. the leg amputated. The tumor continued to come back year after year and we removed the tumor each time, until there was a very real chance that the cancerous cells could spread to his chest and his best chance was to finally have his front left leg removed. Comments: In January 2022 Dr. Zinkus amputated Reggieâ€™s leg and performed stem cell and PRP treatments on his remaining joints. Once Reggie recovered from the amputation and was solid on his 3 legs, his quality of life has been amazing! His ball has come out of retirement and he is back to chasing it down like a champ without pain! Weâ€™ve slowly been increasing his mileage on his daily walks and he hasnâ€™t been in any pain. His hips had been so painful that he no longer wanted to snuggle in bed with us for fear that we would bump his hips, and now we almost canâ€™t get him out of our bed. The stem cell and PRP injections have given us our boy back, and he is living his best senior tripawd life! We celebrated his 13th birthday in February, and are grateful to have a few more years with him knowing he will be comfortable. Note: Pet owner received one free year of stem cell storage in exchange for their honest testimonial.