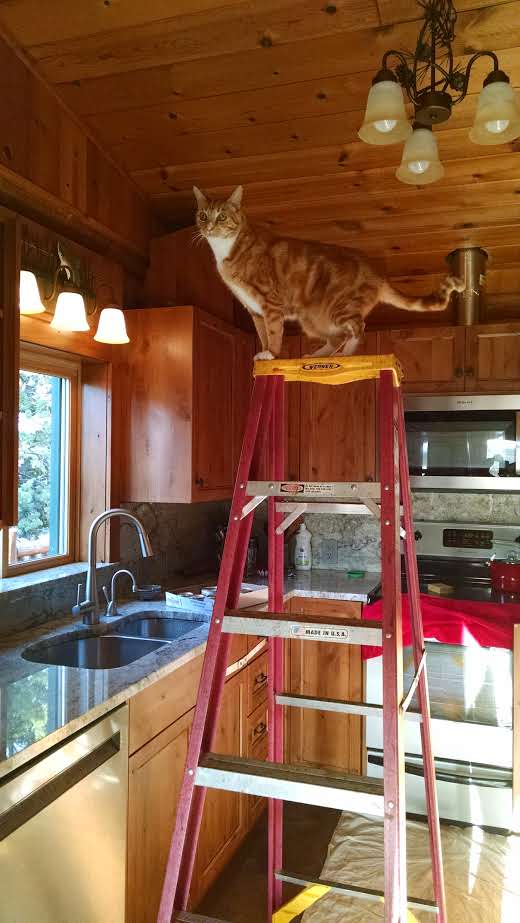 My cat Bender ingested an unknown poison that very nearly killed him in September 2014. He subsequently spent 7 days on continual fluids and under 24 hr care between the Animal Emergency Clinic and Central Oregon Animal Hospital under the care of Dr. Amy Rewick. Over the following four months, watching his blood values spike and lower, administering IV fluids, I began researching the potential for stem cell treatments that might improve his chance of surviving the poisoning. Fortunately, my searches led me to VetStem who in turn referred me to Dr. Mark Parchman at Bend Veterinary Specialists, who regularly administered VetStem treatments to his canine patients. Under their Compassionate Care Program, Dr. Parchman administered two stem cell injections while a third dose is stored with VetStem. Since those treatments in 2015 & 2017, Bender is stable with basically high normal values, lots of energy, playful and continues to do very well considering he was so near not surviving. I believe that the stem cell treatments have helped his body recover and remain stable over five years later. Thank you VetStem for blazing a trail for my cat. Note: Pet owner received one free year of stem cell storage in exchange for their honest testimonial.