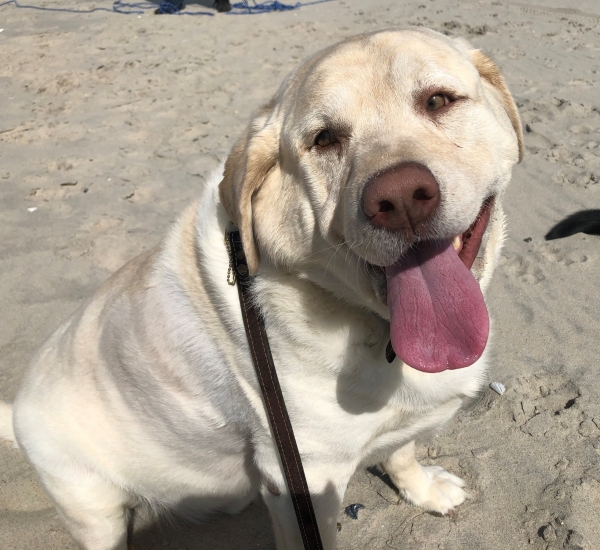 Tucker was adopted from a breeder at 8 weeks of age in May of 2014. At 4 months, he began to have lameness and limping in his right hip and elbow. At a year old, he was diagnosed with bilateral hip and elbow dysplasia (the worst case the vet had seen). After almost four years of pain relievers, anti-inflammatories, Adequan shots and limiting physical activity, we were introduced to the idea of stem cell therapy. A month post surgery, we noticed Tucker was feeling better. He is always a happy lab despite his pain, but stairs were easier to climb, his energy level was up, and he could get up and down easier. After about 6 weeks, he could walk further distances and the limp he was so used to subsided. He was able to actually run on the beach and through the surf for the first time without pain. (picture attached) There was almost a hop in his step which we had never seen before. Now, months post surgery, Tucker's physical abilities can finally keep up with his bright and energetic personality. Our family could not be more pleased with the results of this therapy.