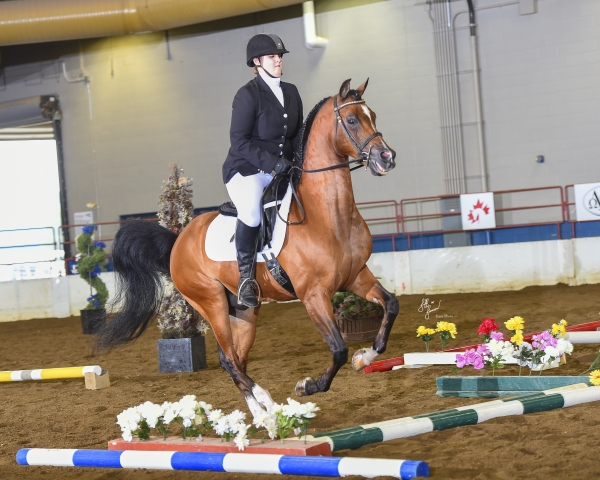 Description: in 2006, the cartilage in the right hind fetlock disintegrated Results: After the stem cell transplant in 2007, we slowly brought Merritt back to work. He returned to competing in Arabian performance classes in 2008 and began doing dressage. His fetlock continues to be sound. This past summer at the 2018 Canadian Arabian National Championship Show, he placed Top Ten in English trail, both amateur and open, and Top Ten in adult amateur First Level Dressage. He was the 2018 Arabian Horse Association Region XI Champion in amateur English trail and the Reserve Champion in open English trail. Now he's competing in Second Level Dressage.