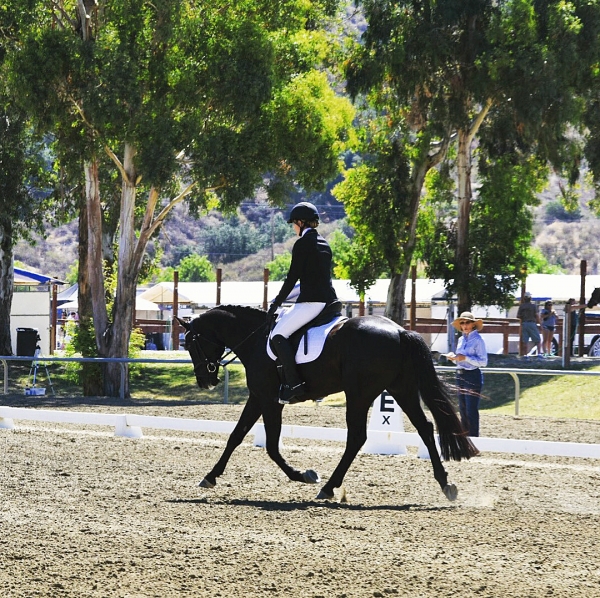 Description: Degenerative facets and mild, dynamic compression at C4-5 and C5-6, and abnormal spinal cord shape at C6-7. Results: In 2014, I purchased a beautiful four-year-old German warmblood with an impressive pedigree to pursue a career in dressage. My trainer said that he was the most talented horse that she had ever worked with. Dressage came easily to Sisko, and he had a great mind and wonderful work ethic. A year later, when he was playing in his pasture, he jammed his neck and suddenly refused to go forward. After numerous visits to our lameness expert and many diagnostic tests, including a myelogram, it was determined that a few of his neck vertebrae were malformed and it was only a matter of time before he would have experienced pain and been unable to work in his chosen field. Fortunately, Sisko qualified for a stem cell study which involved warmblood babies being born with malformed neck vertebrae because of their large size while developing in the womb. Our veterinarian extracted fat deposits, sent them to VetStem, and when they were ready, injected them in accordance with the study protocol. Sisko began to improve and slowly went back to work after a lengthy rehab. He now has complete mobility in his neck in both directions and is doing fantastic in his training. In one year, he moved up from Training Level to First Level and in 2018, completed his first full year of showing. He ended the year as First Level Champion for the California Dressage Society, Temecula Valley Chapter, in both of their series of Rated and Schooling shows! He also won their award for High Score in a Single Test for both the Rated and Schooling shows as well as the Chapter’s Warmblood breed award. Without a doubt, Sisko would not have recovered and been able to resume his dressage career if he hadn’t received the stem cell treatments. I’m very grateful to my knowledgeable veterinarian for his continued help with Sisko and to VetStem for storing his stem cell reserves in case he needs them in the future.