Nate, a boxer mix, was successfully treated with VetStem Cell Therapy for a cruciate ligament injury.

At just five years old, Nate, a boxer mix, suddenly started limping and toe-touching on his left hind leg after running off leash. His owner took him to an orthopedic veterinary specialist who diagnosed Nate with a partially torn cruciate ligament and recommended surgery to repair the ligament. His owner elected to do further research and learned about stem cell therapy as a potential treatment option. She took Nate to Dr. Keith Clement of Burnt Hills Veterinary Hospital for a second opinion. Upon examination, Dr. Clement noted that Nate had mild hip dysplasia and osteoarthritis in his left hip, along with the partially torn cruciate ligament in his left knee. Dr. Clement, a longtime VetStem user, recommended treatment with VetStem Cell Therapy.

To begin the process, Dr. Clement collected fat tissue from Nate’s abdomen during a minimally invasive anesthetic procedure. Once collected, the fat was aseptically packaged and shipped to the VetStem laboratory in Poway, California. VetStem lab technicians processed the fat to extract and concentrate the stem and regenerative cells contained therein. Nate’s cells were divided into doses and three stem cell injections were shipped to Dr. Clement for treatment while the rest were put into cryostorage. Approximately 48 hours after the initial fat collection procedure, Nate received one stem cell dose into his affected knee, one dose into his hip, and one intravenous dose.

According to his owner, Nate had a great response to the stem cell treatment. She stated, “After a month of short leash walks and then another 3 weeks of low key longer leash walks, Nate was running off leash again with zero issues! Nate's quality of life has improved drastically. I would recommend this procedure to everyone!” Nate’s owner also understands the value of the additional cryostored stem cell doses at VetStem. Arthritis is a degenerative disease and because Nate was diagnosed at a young age, those stored doses may be useful for future stem cell treatments.

About Keith Clement, DVM
Dr. Clement received his DVM from Cornell University College of Veterinary Medicine in 1989. He has been with Burnt Hills Veterinary Hospital since 1991. Dr. Clement became credentialed to perform VetStem Cell Therapy in 2008 and has performed the procedure on over 100 patients. 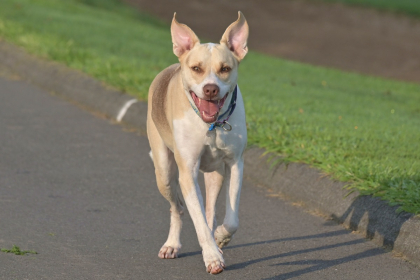