Cooper, an energetic Labrador retriever, was successfully treated with VetStem Cell Therapy for osteoarthritis and a cruciate ligament injury.

Cooper is a 93-pound energetic Labrador retriever. According to his owner, Cooper “does not want chipmunks, squirrels, rabbits or even birds in his yard.” We assume this means he likes to chase them off, likely with an abundance of enthusiasm. Unfortunately, Cooper injured his cruciate ligament in his right knee and this energetic dog suddenly needed to restrict his activity.

Having been through this injury and corrective surgery with another dog, Cooper’s owner knew what lay ahead. But this time was different. A family member informed Cooper’s dad about VetStem Cell Therapy, having had a positive experience with her own dog. Cooper’s dad contacted his veterinarian and together, they agreed to move forward with stem cell therapy. Cooper’s vet planned to treat both knees, as Cooper had arthritis in his left knee in addition to his injured right cruciate ligament.

To begin the process, fat tissue was collected from Cooper’s abdomen during a minimally invasive anesthetic procedure. Once collected, the fat was aseptically packaged and shipped to the VetStem laboratory in Poway, California. VetStem lab technicians processed the fat to extract and concentrate the stem and regenerative cells contained therein. Cooper’s cells were divided into doses and three stem cell injections were shipped to his veterinarian for treatment. Approximately 48 hours after the initial fat collection procedure, Cooper received one stem cell dose into each knee as well as one intravenous dose.

According to his owner, Cooper was initially restricted from stairs, running, jumping, and only taken on short leash walks following his stem cell treatment. As time went on, his owner began to see improvement and the restrictions were slowly lifted. Approximately five months post stem cell therapy, Cooper’s owner stated, “Now you can see he is using the leg normally. I look at the way he walks, his footprint in the sand or in the snow and walking onto his bed, you can tell he is putting weight on the leg. He is back to running again. We are pleased with his progress.” With an arthritic left knee and the potential to develop arthritis in his right knee following the injury, Cooper’s owner knows that he will likely need follow up stem cell treatment(s). Fortunately for Cooper, he has multiple doses of his own stem cells in cryopreservation. 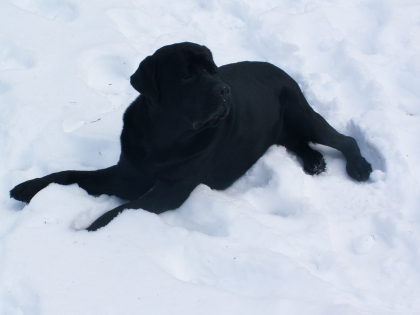