Jackson, a tripod lab mix, was successfully treated for arthritis and a ligament injury with VetStem Cell Therapy by Dr. Nick Vitale of Heritage Animal Hospital

At just four months old, just before he was adopted from a local animal shelter, Jackson had his right rear leg amputated. When he was approximately two and a half years old, he injured his remaining rear leg while playing and was diagnosed with a partial cruciate ligament tear in his left knee. According to his mom, Jackson could barely walk after his injury. She had to help him by using a lift harness.

In addition to the knee injury, Jackson suffers from severe osteoarthritis. His left hip and both of his elbows are affected. Unfortunately, osteoarthritis is common in tripod dogs because their remaining limbs endure added weight and stress to make up for the missing leg. Fortunately, Jackson’s veterinarian, Dr. Nick Vitale of Heritage Animal Hospital, recommended treatment with VetStem Cell Therapy.

To begin the process, fat tissue was collected from Jackson’s abdomen during a minimally invasive anesthetic procedure. Once collected, the fat was aseptically packaged and shipped to the VetStem laboratory in Poway, California. VetStem lab technicians processed the fat to extract and concentrate Jackson’s stem and regenerative cells. The cells were divided into doses for treatment and five stem cell doses were shipped to Dr. Vitale. Jackson received an injection of his own stem cells into each affected joint as well as an intravenous injection approximately 48 hours after the initial fat collection. The rest of Jackson’s stem cell doses were put into cryo-storage.

According to Jackson’s mom, he had a great response to the stem cell therapy. She stated, “After the therapy, he is completely back to full functioning!” It is approaching three years since Jackson’s initial stem cell treatment and he has not required a retreatment. Fortunately, he still has multiple stem cell doses stored, should he need them in the future.

Stem cells are regenerative cells that can differentiate into many tissue types. Stem cells have demonstrated the ability to reduce pain and inflammation, help to restore range of motion, and stimulate regeneration of tendon, ligament, and joint tissues. In a peer-reviewed study of dogs with chronic osteoarthritis of the hip, it was found that stem cells reduced pain and lameness. 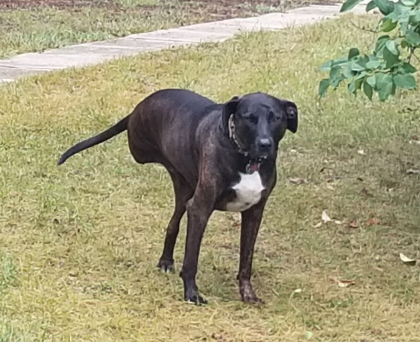