VetStem Biopharma Shares the Success Story of Daisey who was Treated with VetStem Cell Therapy by Dr. Rob Landry

Daisey, a golden retriever, was treated for arthritis in her hips with VetStem Cell Therapy by Dr. Rob Landry of Colorado Center for Animal Pain Management.

Daisey, a golden retriever, began showing signs of osteoarthritis in her hips when she was six years old. She would limp after some of her favorite activities including fetch, running at the dog park, and playing with her dog sibling. She started having trouble walking up stairs and would yelp in pain. Upon examination, it was determined that Daisey has bilateral hip dysplasia which led to osteoarthritis in the joints.

After ruling out surgery to repair Daisey’s malformed hips, her owners decided to investigate stem cell therapy. Her veterinarian, Dr. Rob Landry of Colorado Center for Animal Pain Management, determined Daisey was a good candidate for VetStem Cell Therapy. To begin the process, Dr. Landry collected fat tissue from Daisey’s abdomen in a non-invasive anesthetic procedure. The fat was shipped to the VetStem laboratory in Poway, California. Once received, VetStem lab technicians processed the fat to extract and concentrate Daisey’s stem and regenerative cells. Three injectable stem cell doses were shipped back to Dr. Landry. Daisey received one injection into each hip and one intravenous injection approximately 48 hours after the initial fat collection.

After her stem cell treatment, the first thing Daisey’s owners noticed was she was able to get up from lying down with less difficulty. Climbing stairs also became easier. Eventually her playful side began to emerge and she began playing with her canine sibling. She is also able to take long enjoyable walks with her owners. Her owner stated, “There is a contented look on her face and a twinkle in her eyes. So far life is good.”

Like Daisey, many dogs suffer from pain associated with osteoarthritis, which can greatly affect their quality of life. According to surveys answered by owners and veterinarians, greater than 80% of dogs showed an improved quality of life after receiving VetStem Cell Therapy for orthopedic conditions. Stem cells are regenerative cells that can differentiate into many tissue types, reduce pain and inflammation, help to restore range of motion, and stimulate regeneration of tendon, ligament and joint tissues. In a peer-reviewed study of dogs with chronic osteoarthritis of the hip, it was found that stem cells reduced lameness and pain.

About Dr. Robert Landry DVM, DAIPM, CVA, CCRP, CNPM
Dr. Robert Landry received his DVM from Colorado State University, College of Veterinary Medicine. He went on to complete an internship in medicine and surgery. In 2007, he received his certification in veterinary acupuncture and also became a Diplomat of the Academy of Integrative Pain Management. In addition, he is certified in canine rehabilitation and nutritional pain management. Dr. Landry has been treating patients with VetStem Regenerative Cell Therapy since 2008. 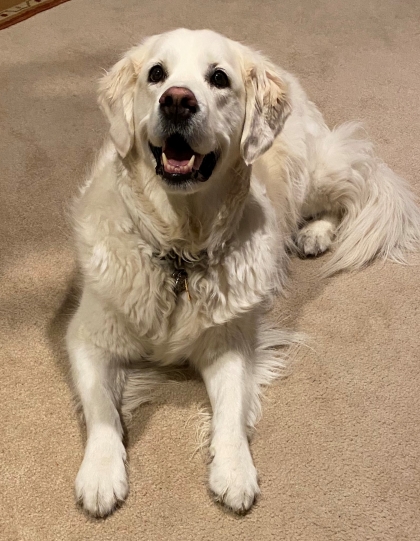