VetStem Biopharma Shares the Success Story of Bender who was Treated with VetStem Cell Therapy by Dr. Mark Parchman

At just four years old, Bender, a domestic short haired feline, ingested an unknown poison that nearly killed him. As a result, he spent seven days on intravenous fluids in a 24-hour emergency animal hospital. In the four months that followed, Bender’s bloodwork showed elevated kidney values and he continued with fluid therapy. He was diagnosed with Stage 3 kidney disease. In an effort to aid in his recovery, Bender’s owner began researching alternative treatment options. Her research led her to VetStem’s website where she requested a list of stem cell providers in her area.

Bender’s owner was referred to Dr. Mark Parchman of Bend Veterinary Specialty and Emergency Center who has been utilizing VetStem’s cell processing services since 2008. Upon examination, Dr. Parchman recommended treatment with VetStem Cell Therapy. In a minimally invasive surgical procedure, Dr. Parchman collected a fat sample from Bender for shipment to the VetStem laboratory in Poway, California. Upon receipt, the fat was aseptically processed to extract Bender’s stem and regenerative cells for injectable stem cell doses. Bender received his first stem cell dose via intravenous injection approximately 48 hours after the initial fat collection.

Due to the nature of Bender’s condition, a multi-dose regimen was recommended. Thus, Bender received a second and third injection approximately one and two weeks after the first, respectively. Approximately six months after his third stem cell injection, Bender’s owner stated that, “By all appearances he seems happy, healthy, playful, and active. Though he has suffered some permanent kidney damage.”

While Bender’s blood kidney values remained relatively stable, his levels spiked here and there. Approximately two years after his initial round of stem cell injections, he received a follow up intravenous injection from his stem cell bank. It has been over three years since Bender’s last stem cell injection and five years since his initial stem cell injections and according to his owner, “Bender is stable with basically high normal values, lots of energy, playful and continues to do very well considering he was so near not surviving. I believe that stem cell treatments have helped his body recover and remain stable over five years later. Thank you VetStem for blazing a trail for my cat.”

Kidney Disease is a major cause of illness and death in cats. Other than a kidney transplant, which is costly and invasive, there really is no definitive cure for feline kidney disease. Current therapies include supportive measures such as subcutaneous or intravenous fluids and special diets. The disease process, however, will continue to progress.

VetStem veterinarians have seen some promising results in the treatment of feline kidney disease. Based upon data from a small number of feline patients treated with VetStem Cell Therapy, blood kidney values were slightly to moderately improved after treatment. While more evaluation is necessary, these preliminary results suggest that stem cell therapy may be a low-risk treatment option for cats with kidney disease. 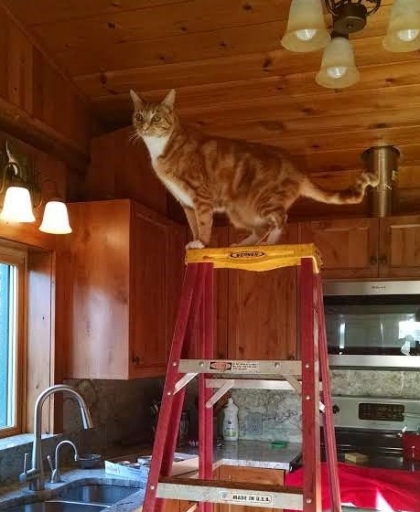